With each project that Jiu Jitsu Tribe completes we learn, grow, and change lives.  Read below about the impact our past projects have had with the deserving youth and communities that we serve.

As a continuation of our work with Eduardo Oliveira and Projeto Gaditas, Jiu Jitsu Tribe wanted to assist the project with operational costs.  Eduardo was behind on utility bills and had his services cut off more than once for him, his wife, and the 18 kids that live at the project full time.  Jiu Jitsu Tribe set a fundraising goal of $5,000 to help the project catch up on the past due bills and also fund the monthly costs for one year going forward.  We met the fundraising goal and have begun distributing payments.

Learn more about this project and fundraising initiative. 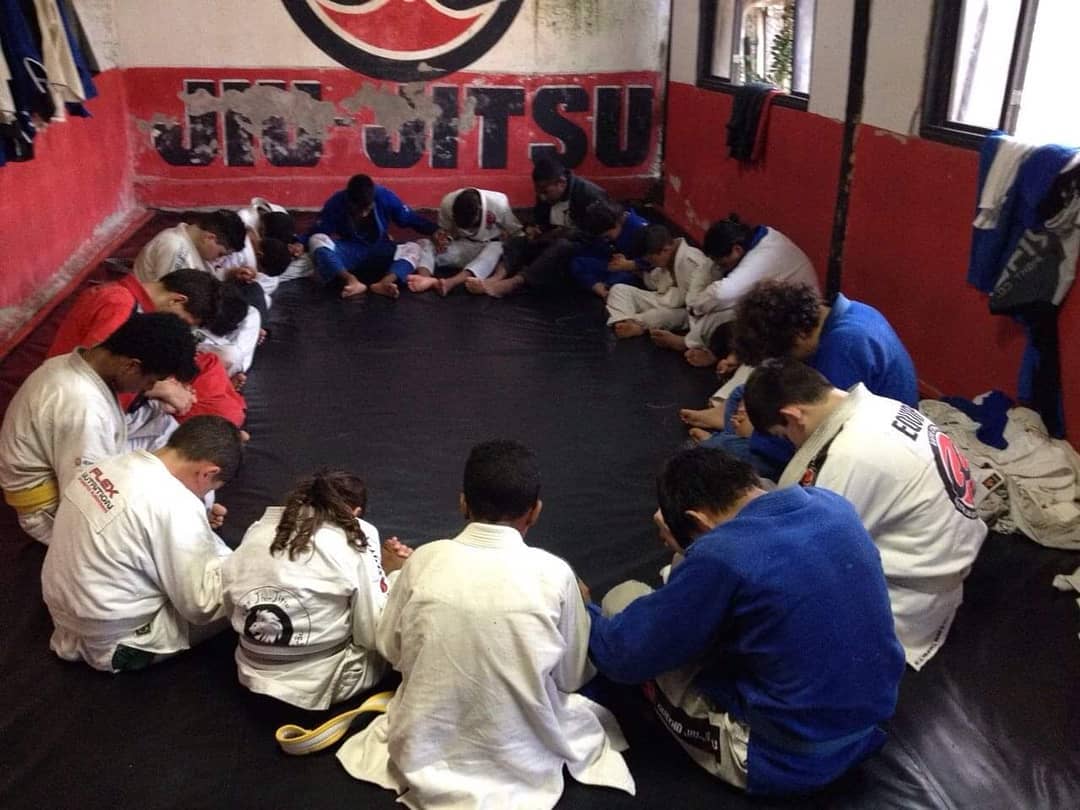 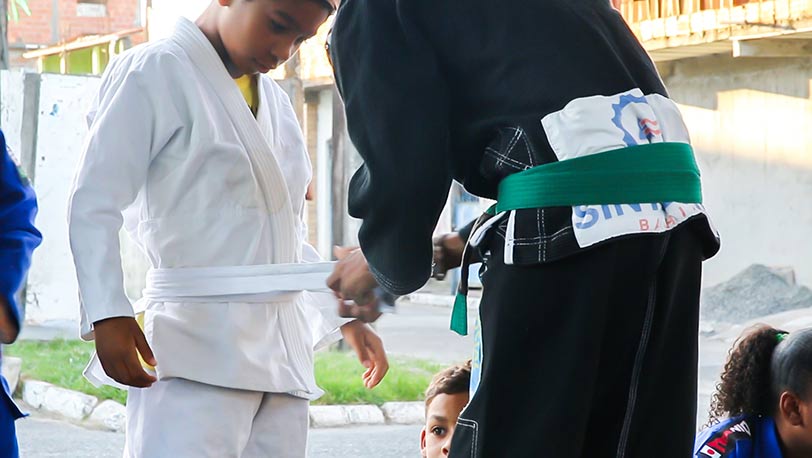 Projeto Gaditas is an amazing social project in Rio Grande do Sul, Brazil. Eduardo Oliveira and his wife created the social project to help keep kids in the community stay away from gangs and off of drugs.  The project was started in 2010 and now in 2019, almost a decade later, he teaches 200 students in two locations for free. Gaditas headquarters is  attached to Eduardo’s home where he lives with his wife and two biological children as well as 18 adopted kids. You read that right, 18. Gaditas became an orphanage!

Jiu Jitsu Tribe previously worked with the project under our former brand Live Jiu Jitsu.  The first phase of the project was to rehabilitate the living and training facility.  With the generous support of our donors we were about to raise $10,000 USD (40,000 reais) to help complete the construction.  Read about the first phase of the Gaditas project on our Past Projects page.

While the new facilities are a huge improvement there is still urgent need for assistance in covering operational costs such as electricity and water.  The project survives by donations; however, they do not always they have the money to pay for water, electricity, and even food, even though they receive donations from churches and a few local restaurants.

Eduardo said: "Water and electricity are our biggest concerns since we have been behind on payments they have disconnected the services multiple times! That keeps me up every night!

While discussing operational costs with Eduardo Jiu Jitsu Tribe learned that Gaditas was significantly behind on his utility bills (6+ months).  We asked Eduardo to send us a copy of the past due bills which he did.  The past due amount was $4143 Reais and12 cents equivalent to $1,100 USD.  On the same day Jiu Jitsu Tribe made a deposit, and on May 13th, 2019 Eduardo was able to pay off the debt.

We then wanted to relieve this burden from Eduardo for an entire year.  Therefore, we setup an agreement with him that we would raise funds for an entire year of utilities.  Our supporters came through and we raised enough to fund the project.  We will be distributing 12 payments to Eduardo, one per month, to pay utilities costs for the project.

Eduardo said: "This is such a relief for us. The issue with the bills kept me up many nights."

Project Gaditas is an amazing social project in Porto Alegre, Brazil.  The project was started in 2009 and is run by Eduardo Oliveira and his wife.  Given the intense need in the community, Eduardo adopted 18 kids.  Yes, Gaditas became an orphanage.  The problem for Eduardo was having the proper facilities to support his expanding Tribe.  He had a dream for additional rooms to separate the boys and the girls, and big kids from small.  He also wanted to renovate the kitchen and bathrooms to support the kids properly.  Finally, the jiu jitsu training facility was inadequate from weather damage and insufficient resources.

This is where Jiu Jitsu Tribe, along with other Gaditas supporters, stepped in.  Jiu Jitsu Tribe was able to raise over $10,000 to help support a facility makeover for Eduardo and the kids.  Our funds helped to buy: 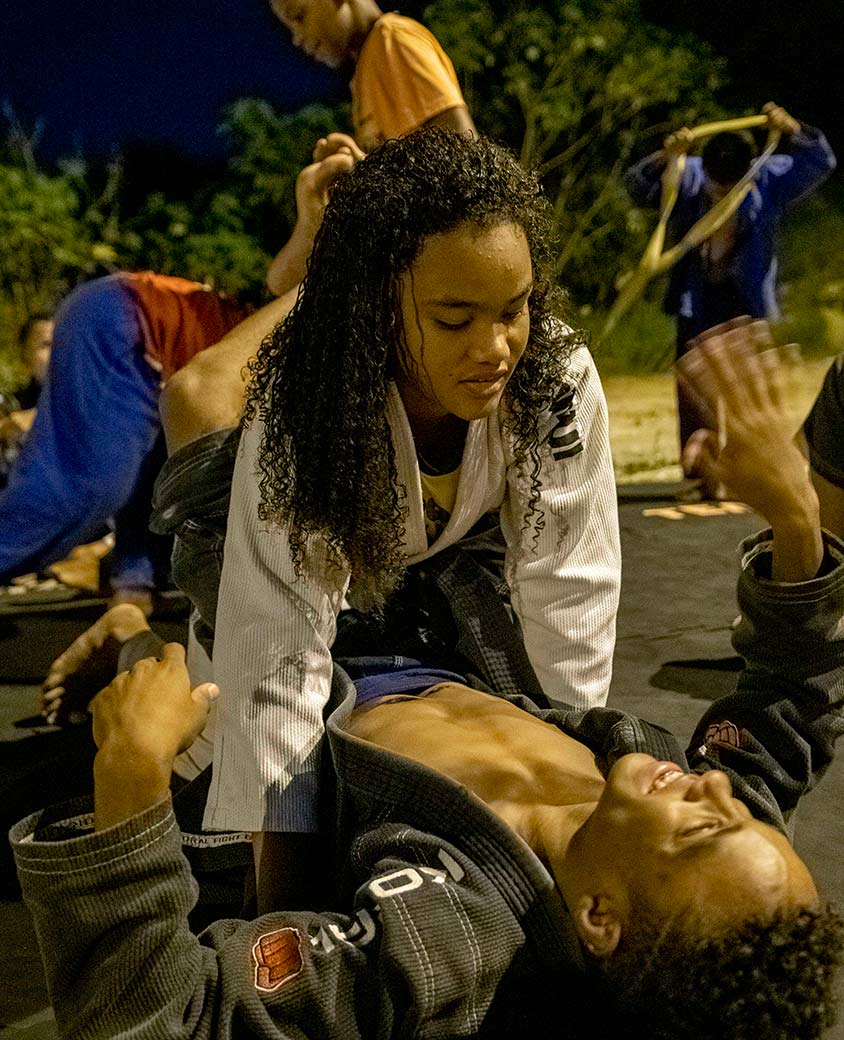 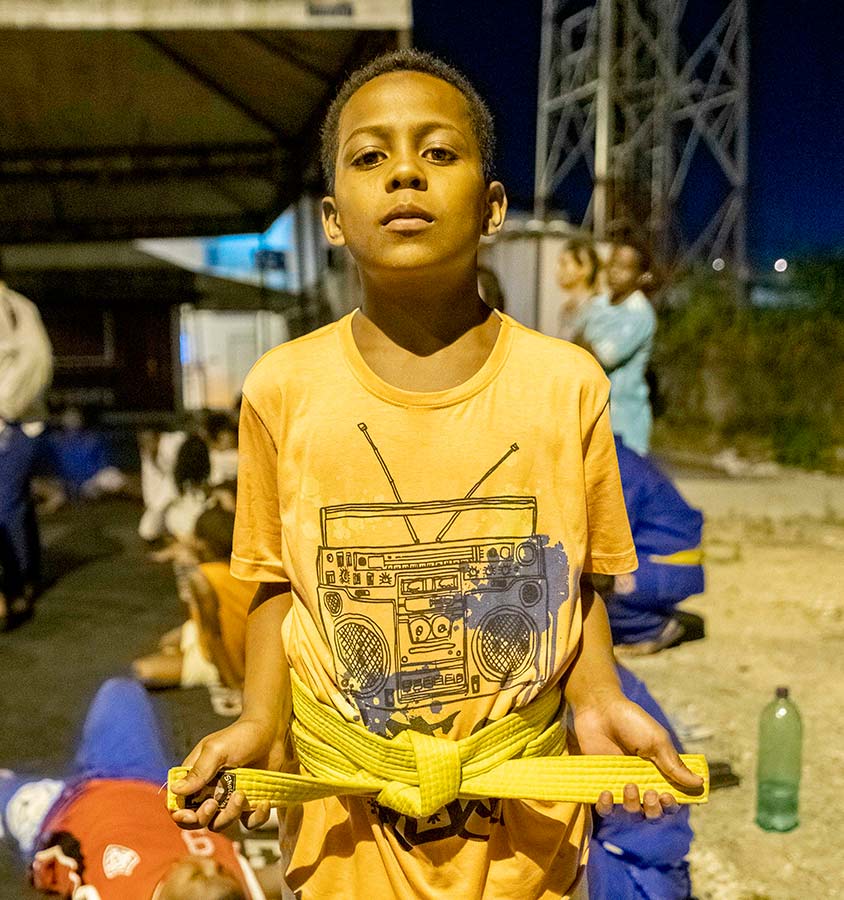 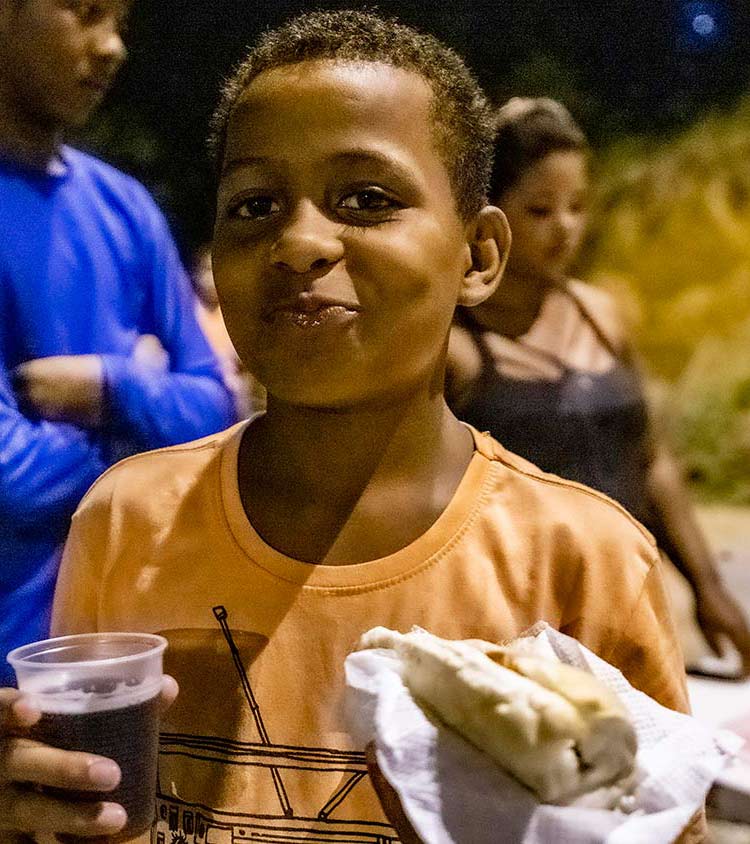 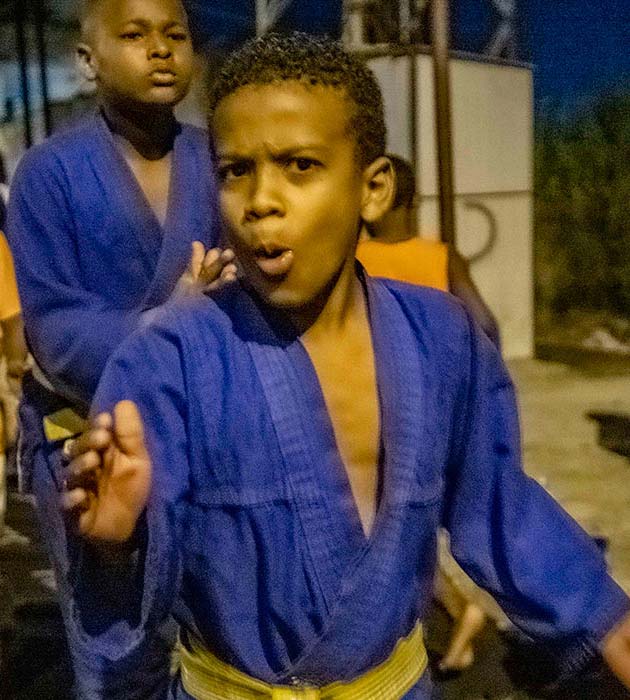 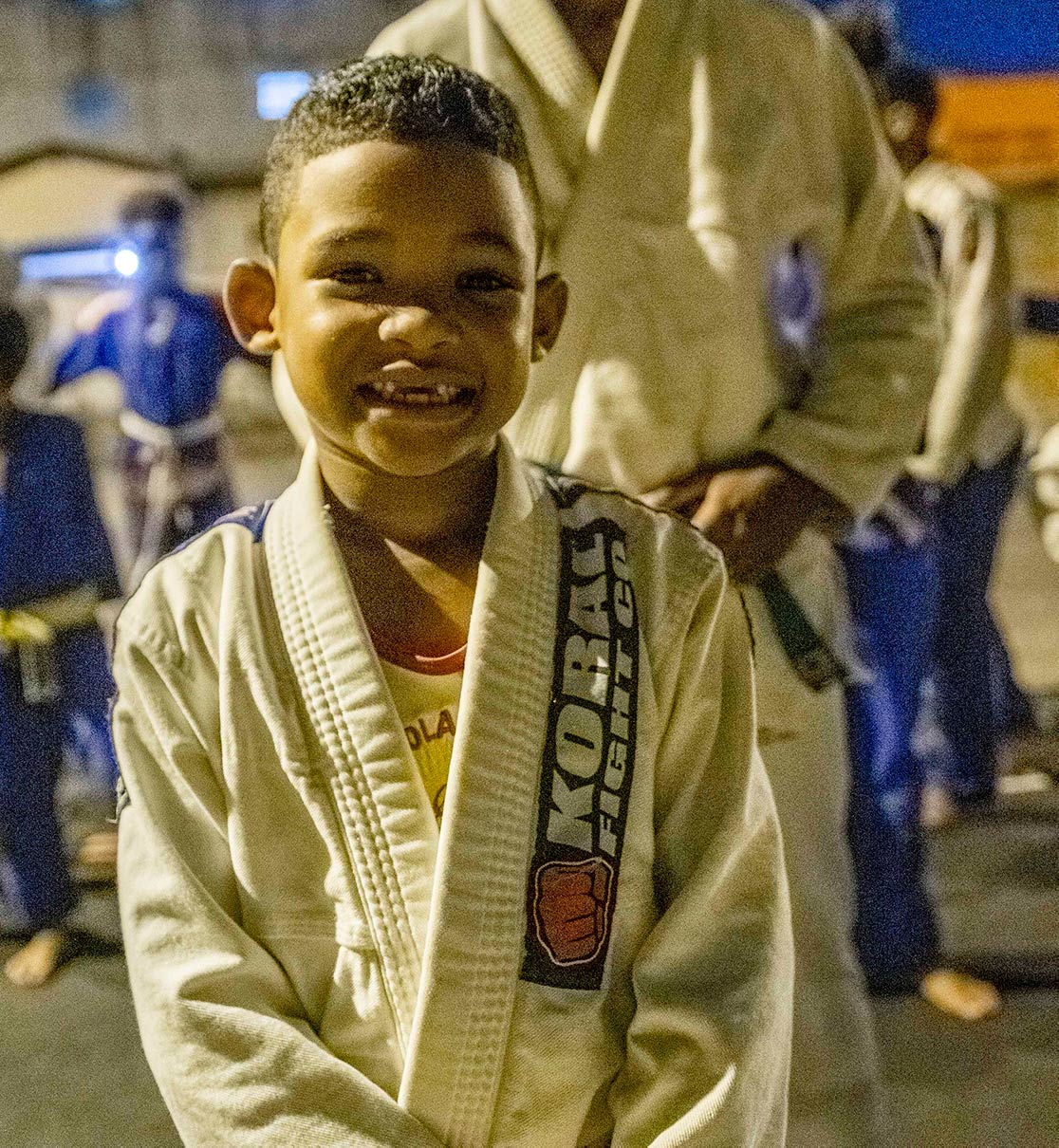 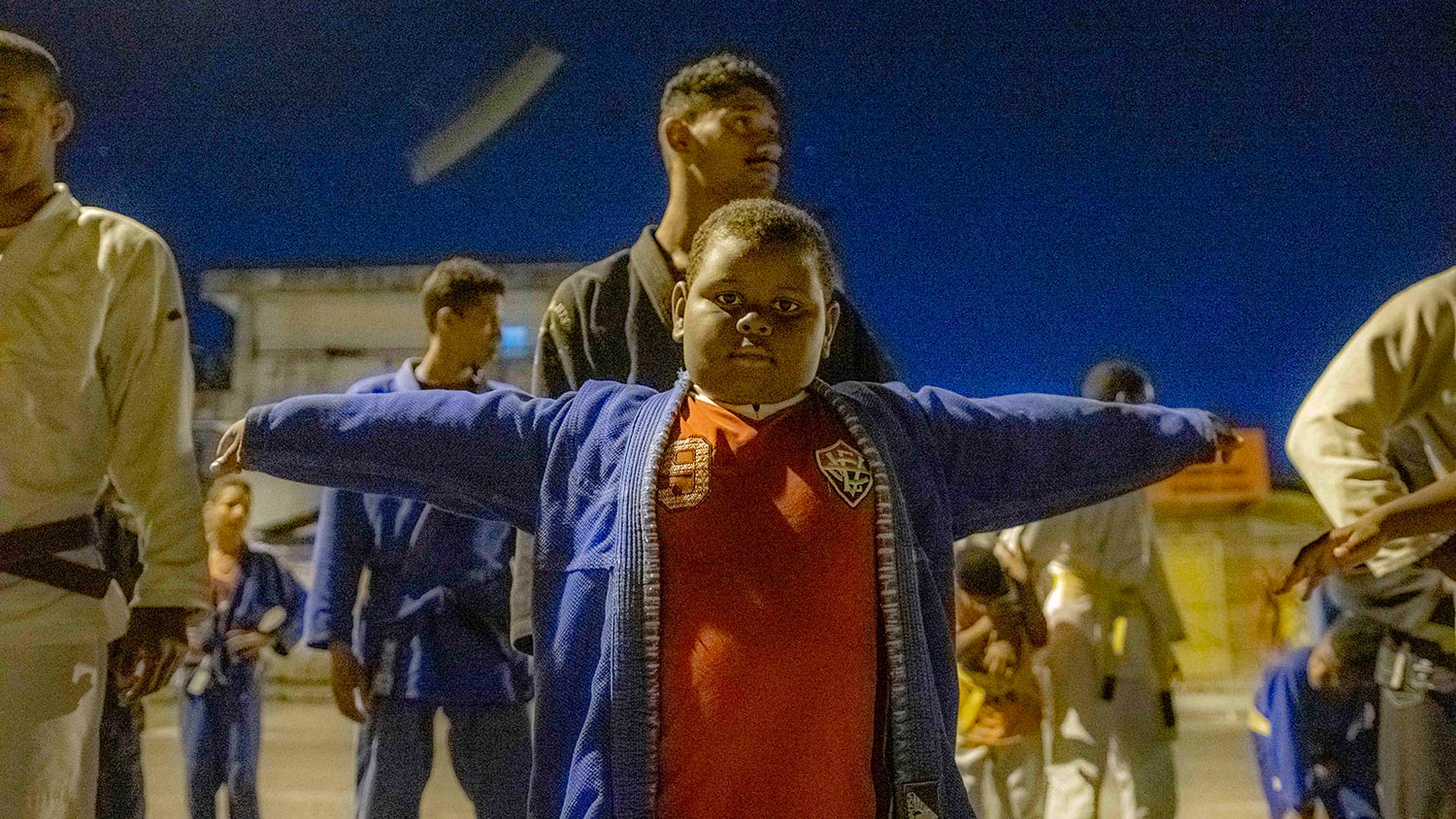 Learn more about this amazing project and fundraising initiative

Do you remember when you were 12 years old? What was happening back then? Was it a healthy childhood?

What if, when you were 12, you started to use drugs, next thing you're dealing drugs and in trouble with the law for the NEXT ten years of your life.

What person would you become after these ten years? What would be the odds of turning your life around to a positive route by that point in your life? IF you're alive or probably in prison. What are the odds of you saying: "It's not about me, it's about others."

The odds are very low, however as the motivational speaker Les Brown says: "'It's possible!" 'It's possible for people to turn their lives around and martial arts can be an incredible personal development tool for those who are on the wrong path in life, that is why a lot of Brazilian Jiu-Jitsu practitioners say: "Jiu-Jitsu saves lives" and it did save the life of 35-year-old Eduardo Oliveira from Rio Grande do Sul, Brazil.

Eduardo grew up in a rough, impoverished community in Porto Alegre, Rio Grande do Sul. And in Brazil usually, the drug dealers start carving a career plan for the young kids who start as "watchers," they watch if the police are coming and let the drug dealers know.

For this kind of work, a 12-year-old can make more than their mom and dad together plus flashing the new shoes and jewelry. It's very tempting for those kids.

The Jiu-Jitsu projects located inside these impoverished communities can LITERALLY save lives, and Eduardo was saved by Jiu-Jitsu and achieved his black belt by his coach Guto Campos.

Eduardo realized that it was not about him, it's about others, and decided to start a BJJ social project to teach kids around the age that he began to get in trouble. At first, he used some old beat up mats and started asking for donations for the 'gi's, and the project started to grow.

Now in 2019, almost a decade later, he teaches 200 students in two locations for free, and at the HQ, which is attached to his house where he lives with his wife, two of his kids plus 18 adopted kids. You heard that right, 18. Gaditas, became an orphanage.

They used to have one big room full of bunk beds, and his goal was to create more rooms to split the boys from the girls, and the little from the big ones, build extra bathrooms and a new kitchen, which he did!

He started the construction with no money, and through Gaditas supporters' donations, they began to make progress; however, due to lack of funds, the process was paused.

That is when jiu-jitsu tribe and its donors came to the picture. We helped to speed up the process with the help of donors who believe that it's not about them, it's about others and raised $10,000 (40000 Reais) to finish the main part of the construction.

The phase 1 fundraising effort for Gaditas was able to help fund: